Comedian Christopher Titus makes his way to Columbus, this weekend! 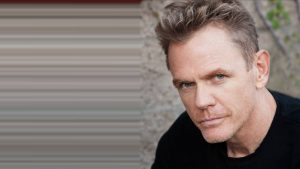 Titus brings his newest show “Amerigeddon” to the theaters across the country. Employing what he’s labeled ‘hard funny,’ Christopher Titus has released seven ninety-minute albums in as many years. He has six one-hour comedy specials currently running on Comedy Central, and his seventh special, “Born With a Defect,” premiered in 2017. Known for leaving no stone unturned, especially within his own life and family, Titus takes his audience on a 90-minute ride that will leave them exhausted from laughter. To see one of Christopher Titus’ shows is to love him. Titus is currently performing his newest show in sold out theaters across the country. He also formed Combustion Films, a production company which produced his last three specials and most recently a full-length film called “Special Unit,” released in 2017.

Tess Abney
Tess Abney is a freelance writer who was born and raised in the Quad Cities. She spends most of her time attempting to successfully raise three boys. In her free time, writing is her passion. Whether it is sharing local events and businesses with readers or sharing her thoughts on life, she finds comfort in the way words can bring people together.
Tagged: Christopher TitusColumbusComedyComedy clubEventsFunny BoneThings To Do