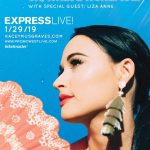 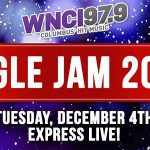 Are you ready for some live music and holiday fun? WNCI’s Jingle Jam 2018 is happening this Tuesday Dec 4 from 7 – 10 p.m. at Express LIVE (405 Neil Ave. Columbus). This year’s Jingle Jam features live music from Why Don’t We, Madison Beer, Lauv, Bryce Vine, Ava Max and Round2Crew. Tickets are just $35 each and can be purchased online at https://www1.ticketmaster.com/event/05005534C6DE8DF9?brand=promowest&camefrom=CFC_LCP_pwlive. For more information, visit https://wnci.iheart.com/content/2018-09-24-wncis-jingle-jam-2018/. Don’t miss this fun-filled evening!  Read More 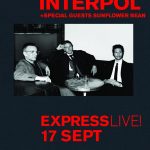 This band played a vital part in New York City’s early 21st century rock renaissance, and now they’re heading to Columbus! Interpol, with opening artist Sunflower Beam, will be taking the stage at Express LIVE (405 Neil Ave Columbus) this Monday Sep 17. Doors open at 7 p.m. Interpol, who are one of the most critically and commercially acclaimed bands of the last decade and a half, are also one of the hardest working bands on the planet. The dark side of the turn of the century’s post-punk revival, Interpol formed in New York City, USA during the summer of 1997. 16 years since their debut... Read More

Snow Patrol Back in U.S. and Heading to Columbus! 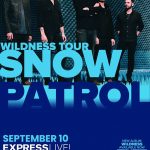 After a seven-year hiatus, Snow Patrol is back and better than ever! Make plans to enjoy live music from Snow Patrol and opening artist Harrison Storm this Monday Sep 10 at Express LIVE (405 Neil Ave Columbus). Doors open at 7 p.m. Since their 1998 debut, Songs for Polarbears, Snow Patrol has racked up an impressive number of critical and commercial accolades, including 15 million global album sales, 1+ billion global track streams, five UK Platinum Albums, and are Grammy, BRIT Award and Mercury Music Prize nominated. After their Fallen Empires tour ended in 2012, band members —which also include... Read More 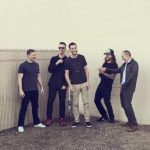 Don’t get All Mixed Up, check out 311 at Express LIVE this Thursday! 311 with opening artist Gym Class Heroes will be rocking out at Express LIVE (405 Neil Ave Columbus) this Thursday Aug 16. Doors open at 6:30 p.m. American rock quintet 311 fused reggae, hip-hop, funk, and metal in a rhythmic blend that carried them from the rap-rock boom of the ’90s and into the 2000s as a veteran mainstay with a devoted fan base. Enjoy hits like “All Mixed Up,” “Amber,” “Beautiful Disaster,” “Down,” “You Wouldn’t Believe” and so many more! Tickets are $39.50 in advance and $45 on... Read More

Drink for a Cause at Columbus Summer Beerfest! 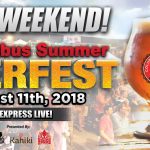 Beer! Beer! Beer! It’s time for the Columbus Summer Beerfest! Columbus Summer Beerfest is happening this Saturday Aug 11 inside and outside of Express LIVE (405 Neil Ave Columbus). The two separate sessions will take place at 1 p.m. and 7 p.m. Come enjoy a HUGE selection of Craft Beers from breweries here in Columbus and around the country! Grab a bite to eat from the many food trucks on-site, listen to live music and have fun with friends. Ticket prices vary on desire package and can be purchased online at http://www.columbusbeerfest.com/summer/buy-tickets/. Tickets include admission, your drinking... Read More

The Summer Ever After Tour Heading to Express LIVE

Three hot bands, one concert. And it’s heading to Columbus! The Summer Ever After Tour featuring All Time Low, Dashboard Confessional and Gnash will be heading to Express LIVE (405 Neil Ave Columbus) this Thursday Aug 9 at 6 p.m.   Dashboard Confessional delivered their Crooked Shadows LP earlier this year, while All Time Low released their Last Young Renegade LP last year. For a full tour schedule, visit http://www.summereveraftertour.com/. Tickets can be purchased online at https://www1.ticketmaster.com/the-summer-ever-after-tour-feat-columbus-ohio-08-09-2018/event/050054AA84142471. Don’t... Read More 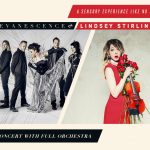 What happens when you combine high-energy choreographed dance routines, electronic music and a violin? One of the best live concerts you’ll ever encounter in your life. Lindsey Stirling, violinist, dancer, performance artist, and composer is bringing her amazing talent to Express LIVE (405 Neil Ave Columbus) on Wednesday Aug 8 at 7 p.m. Stirling performs a variety of music styles, from classical to pop and rock to electronic dance music. Aside from original work, her discography contains covers of songs by other musicians and various soundtracks. Her music video “Crystallize” finished... Read More

Women Rocking Out in Columbus 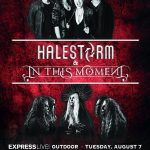 Three rock-metal bands. Three amazing lead-ladies on vocals. One unforgettable concert. Halestorm, In This Moment and New Years Day are on the third leg of their most recent tour, and they’re heading straight for Columbus! Check out these three rock-metal bands on Tuesday Aug 7 at 6 p.m. at Express LIVE (405 Neil Ave Columbus). Halestorm consists of lead vocalist and guitarist Lzzy Hale, her brother drummer and percussionist Arejay Hale, guitarist Joe Hottinger and bassist Josh Smith. Hits include “Love Bites,” “Mz. Hyde,” “I Am the Fire,” “It’s Not You,” I Miss the Misery”... Read More 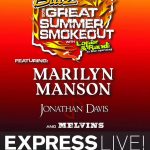 Columbus is welcoming four of alternative metal’s greatest to Express LIVE for a Great Summer Smokeout. This Saturday Aug 4 99.7 The Blitz is hosting a Great Summer Smokeout with live performances from Marilyn Manson, Jonathon Davis, Melvins and Deadly Apples at Express LIVE (405 Niel Ave Columbus). Tickets are $45 and can be purchased online at https://www1.ticketmaster.com/997-the-blitz-great-summer-smokeout-columbus-ohio-08-04-2018/event/0500549BCCD67239. Tickets from Marilyn Manson’s originally scheduled show at EXPRESS LIVE! from October 8, 2017 and tickets from The Melvins originally... Read More