Whether you know him from Impractical Jokers or as a member of the comedy troupe, The Tenderloins, you won’t want to miss this evening. 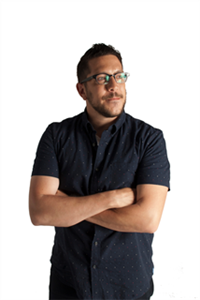 Staten Island native Sal Vulcano has been doing comedy for years, best known for starring in truTV’s “Impractical Jokers.” In addition to performing as part of The Tenderloins Comedy Troupe to sold-out crowds, he’s been featured on Comedy Central’s “This Is Not Happening,” and hosts a podcast with Brian Quinn entitled “What Say You?”

Tess Abney
Tess Abney is a freelance writer who was born and raised in the Quad Cities. She spends most of her time attempting to successfully raise three boys. In her free time, writing is her passion. Whether it is sharing local events and businesses with readers or sharing her thoughts on life, she finds comfort in the way words can bring people together.
Tagged: ColumbusComedyEventsFunny BoneImpractical JokersSal VulcanoThe TenderloinsThings To Do