Home › Articles › Local › Jesse McCartney Is Better With You

Jesse McCartney Is Better With You

Whether you first met him on-screen or heard him on the radio, there’s no question that Jesse McCartney is a very talented actor and musician. Now is your chance to see him perform in the flesh!

Jesse McCartney is bringing his Better With You US Tour to Newport Music Hall (1722 N High St. Columbus) this Saturday Jul 7! Doors open at 6:30 p.m. 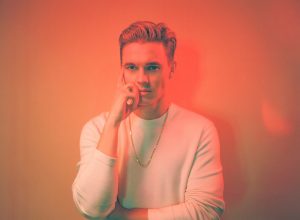 This talented singer, songwriter, and first achieved fame in the late 1990’s on the daytime drama All My Children as JR Chandler. He later joined boy band Dream Street, and eventually branched out into a solo musical career. Additionally, McCartney has appeared on shows such as Law & Order: SVU, Summerland, and Greek. McCartney also is known for lending his voice as Theodore in Alvin and the Chipmunks and its sequels, as well as voicing Robin/Nightwing in Young Justice and Roxas and Ventus in the video game series Kingdom Hearts developed by Square Enix.

He released his first full length album on Sep 28, 2004. His song, “Beautiful Soul” was an instant hit and the album of the same title was certified platinum on Feb 24, 2005. His Departure album yielded another smash single, “Leavin’,” landing him a #1 spot on the charts and was Top 40 Radio’s most played song of of the year. His next single “How Do You Sleep” also charted in the top 10 in the following year. His songwriting credits include co-writing the smash “Bleeding Love” for singer Leona Lewis, which was a #1 hit in 34 countries; the only song in over a decade to achieve this status. It also won ASCAP’s song of the year and was nominated for a Grammy Award.

Advanced general admission tickets are $22 and $25 on the day of the show. You can purchase tickets online at https://www1.ticketmaster.com/event/050054A3D51D9B40?brand=promowest&camefrom=CFC_NEWPORTMUSIC_FBEVENT.

Tess Abney
Tess Abney is a freelance writer who was born and raised in the Quad Cities. She spends most of her time attempting to successfully raise three boys. In her free time, writing is her passion. Whether it is sharing local events and businesses with readers or sharing her thoughts on life, she finds comfort in the way words can bring people together.
Tagged: Better With YouColumbusJesse McCartneyNewport Music Hall