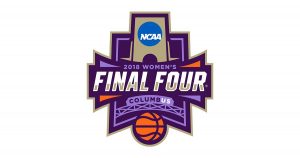 For the first time, The Ohio State University along with the Greater Columbus Sports Commission will host the NCAA Women’s Final Four in Columbus!

Super Saturday Night (Mar 31) will celebrate current and former women’s basketball players at all levels on a grand stage inside Nationwide Arena from 7 – 10:30 p.m. The evening includes a 3v3 Championship game, on-court activities with former players as part of the Play4Kay Game, a special presentation to Katie Smith and the Columbus Quest, fan contests, all-star autograph sessions, band and spirit squad performances of the Women’s Final Four teams and much more!

Sunday Apr 1 will also have an outdoor Plaza Party, beginning at 2:30 p.m. This party is also free and open to the public. Doors are scheduled to open at 4:30 p.m. and game time is at 6 p.m.

Tickets for these events can be purchased at the Big Lots Box Office at Nationwide Arena, online at https://www.ticketmaster.com/Nationwide-Arena-tickets-Columbus/venue/41498 or by phone at (800) 745-3000.

This is one basketball-filled weekend you won’t want to miss!

Tess Abney
Tess Abney is a freelance writer who was born and raised in the Quad Cities. She spends most of her time attempting to successfully raise three boys. In her free time, writing is her passion. Whether it is sharing local events and businesses with readers or sharing her thoughts on life, she finds comfort in the way words can bring people together.
Tagged: ColumbusNationwide ArenaNCAA Womens Basketball Championship