Home › Posts Tagged "Between The Buried And Me"

Posts Tagged With ‘ Between The Buried And Me ’ 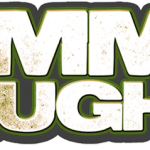 Hey Columbus, are you ready for the most extreme tour of the year? The Summer Slaughter Tour is heading to Express LIVE (405 Neil Ave Columbus) on Monday Jul 30 from 2 p.m. – 11:30 p.m. The Summer Slaughter Tour is an annual heavy metal music tour held every year since 2007. It originated in North America in 2007 and has toured in Canada in 2008, Europe in 2008, and Australia and New Zealand in 2009. Billed as “The Most Extreme Tour of the Year”, Summer Slaughter has earned a reputation as being one of the few summer tours to cater exclusively to fans of extreme forms of metal music.   This... Read More

Tagged: Between The Buried And MeColumbusExpress LIVEThe Summer Slaughter Tour