Sugarland On Tour and Heading to The Schottenstein Center! 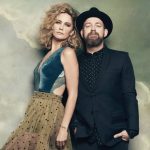 For the first time in over five years, Jennifer Nettles and Kristian Bush have hit the road! The Grammy-winning country duo is bringing Sugarland to Columbus! Sugarland: Still the Same Tour is heading to The Schottenstein Center (555 Borror Dr. Columbus) this Thursday Jul 12. Jennifer Nettles and Kristian Bush will be accompanied by Brandy Clark and Clare Bowen. After releasing five albums and scoring seven Number One singles, Sugarland announced a hiatus in 2012. Both went on to successful solo projects. On May 4 2018 they kicked off their Still the Same Tour (named for their current single Still... Read More