Leno Coming Back To Columbus 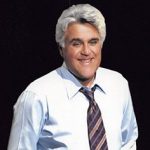 The one and only Jay Leno is coming to Columbus! Jay Leno will be performing at Palace Theatre (34 W Broad St Columbus) this Saturday Apr 7 at 8 p.m. As host of The Tonight Show, Jay Leno dominated late-night television for more than two decades – garnering an Emmy Award and a spot in the Television Academy’s Broadcast Hall of Fame. Still enjoying remarkable success as a best-selling author, voice-over artist and host of the Emmy-winning Jay Leno’s Garage, he’ll bring his unique and genuine brand of comedy for a special night of stand-up at Playhouse Square. With Special Guest David Luning. Ticket... Read More