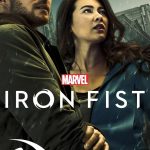 So… let’s talk about season two of Iron Fist. And I don’t want you to think that’s a condemnation of season two. I would go so far as to say that season two of Iron Fist is the best show of all the second seasons of Marvel’s Netflix series. Which came as a big surprise to me, as I’m sure it did to most people. Not that I hated the first season, it just wasn’t the show I expected given the source material. I was definitely expecting more out of season two, mostly because the show runner for season one, Scott Buck, was placed in charge of Inhumans after he... Read More