All That Remains Heading to Newport Music Hall 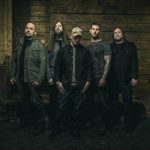 Newport Music Hall is the place to be this week. The amazing line-up kicks off with heavy metal band, All That Remains! All That Remains will be hitting the Newport Music Hall (1722 N High St. Columbus) stage this Thursday Aug 23. Doors open at 6 p.m. While the band is no stranger to criticism, All That Remains continues to release songs that come from a deep place within them. Their cover of Garth Brooks’ “The Thunder Rolls” hit the top of the hard rock charts last year. As they work on finishing up their latest album, last year’s Madness album shows this band stays true to their roots. For... Read More

Tagged: All That RemainsColumbusEventsMadnessNewport Music HallThe Thunder RollsThings To Do