‘Pacific Rim Uprising’ Could Use A Little Humor 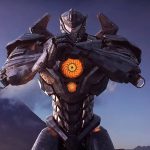 Pacific Rim is from that part of Oscar winning director Guillermo Del Toro that we’ve all agreed to ignore, alongside the Hellboy movies and Mimic. It’s not that Pacific Rim is bad; rather that it is a tad undignified compared to the awards caliber work he gave us before moving to Hollywood and now his Oscar winning triumph, The Shape of Water. It will always be better to remember the visionary work of Pan’s Labyrinth and ignoring the time he played with his toys on a multi-multi-multi-million dollar budget. Pacific Rim Uprising is, no surprise, not directed by Del Toro as he was distracted... Read More