Posts Tagged With ‘ Panic! At The Disco ’

Panic! At The Disco Heading to Nationwide Arena 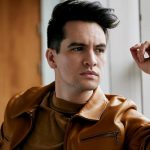 Don’t panic! Panic! At The Disco is coming to Columbus! Panic! At The Disco brings their Pray for the Wicked Tour to Nationwide Arena (200 W Nationwide Blvd Columbus) this Sunday Jul 15 at 7 p.m. A R I Z O N A and Hayley Kiyoko will also be performing. Enjoy Panic! At The Disco hits like “I Write Sins Not Tragedies,” “Miss Jackson,” “LA Devotee,” “Don’t Threaten Me with a Good Time” and so many more! Ticket prices vary and can be purchased at the Big Lots Box Office at Nationwide Arena, by calling (800) 745-3000 or online at https://www.ticketmaster.com/panic-at-the-disco-nationwide-arena-columbus-oh/venueartist/41498/1021077. Don’t... Read More