COULD `THE FORCE’ BECOME A RELIGION? 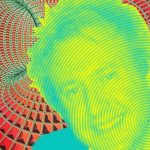 Could “May the Force be with you” someday be more than a T-shirt slogan? Might it one day become the climactic phrase of a religious ceremony?   According to Hollywood lore, when the first “Star Wars” film became an outrageous success, George Lucas’ ambitious friend Francis Ford Coppola suggested that Lucas try to turn the philosophies of the “Star Wars” series into a religion. Lucas laughed it off. However, given recent events, he may have to once more fend off Coppola’s insistence.   Since Disney bought the franchise, the “Star Wars”... Read More