Get ready Columbus, the Goddess of Pop is on her way! 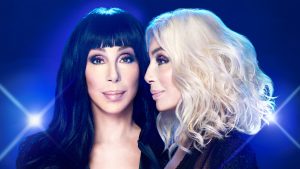 The singer, who co-starred in this summer’s Mamma Mia! will embark on the Here We Go Again Tour, her first North American trek in five years, in 2019 in support of the upcoming ABBA tribute album Dancing Queen.

Here We Go Again Tour is Cher’s first U.S. trek since her Dressed to Kill run in 2014 and 2015; those dates followed Cher’s Living Proof: The Farewell Tour back in 2002. Cher has also staged a pair of Las Vegas residencies in the past decade.

Tickets may be purchased at the Big Lots Box Office at Nationwide Arena, online at Ticketmaster or by phone at (800) 745-3000.

Get your Cher on this Sunday night!

Tess Abney
Tess Abney is a freelance writer who was born and raised in the Quad Cities. She spends most of her time attempting to successfully raise three boys. In her free time, writing is her passion. Whether it is sharing local events and businesses with readers or sharing her thoughts on life, she finds comfort in the way words can bring people together.
Tagged: ABBACherColumbusDancing QueenEventsHere We Go AgainMamma Mia!Nationwide ArenaThings To Do