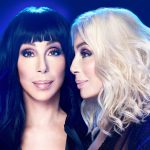 Get ready Columbus, the Goddess of Pop is on her way! Cher brings her Here We Go Again Tour to Nationwide Arena (200 W Nationwide Blvd Columbus) this Sunday Feb 10 at 7:30 p.m. The singer, who co-starred in this summer’s Mamma Mia! will embark on the Here We Go Again Tour, her first North American trek in five years, in 2019 in support of the upcoming ABBA tribute album Dancing Queen. Here We Go Again Tour is Cher’s first U.S. trek since her Dressed to Kill run in 2014 and 2015; those dates followed Cher’s Living Proof: The Farewell Tour back in 2002. Cher has also staged a pair of Las Vegas... Read More