For fans of John Cusack and “High Fidelity”, a visit to Championship Vinyl definitely would make a “top five” list. 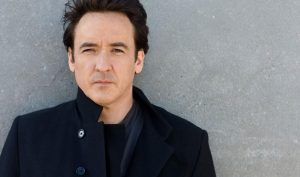 The hit comedy “High Fidelity” is the story of record shop owner Rob Gordon (John Cusack) on a search for love (and the reasons behind his failed relationships) against a backdrop of over 70 songs spanning multiple decades and genres of music. With – or without – the help of his record store buddies Dick (Todd Luiso) and Barry (Jack Black’s breakout role), Rob revisits past relationships in hopes of figuring out where he has gone wrong. Released in 2000, The New York Times praised John Cusack as “a master at easygoing camaraderie.” Rotten Tomatoes has “High Fidelity” ranked #14 on the list of Best Romantic Comedies.

Join John Cusack for a screening of “High Fidelity” on the big screen this Friday Feb 15 at Palace Theatre (34 W Broad Street Columbus), followed by a LIVE conversation regarding his career and the making of the film. Fans will get the opportunity to experience a moderated discussion, with John answering audience questions as well. A limited number of VIP seats will be available that include a post-show photo op with John. The evening kicks off at 7:30 p.m.

For more information and to purchase your tickets today, visit https://www.capa.com/events/detail/john-cusack-live.

Tess Abney
Tess Abney is a freelance writer who was born and raised in the Quad Cities. She spends most of her time attempting to successfully raise three boys. In her free time, writing is her passion. Whether it is sharing local events and businesses with readers or sharing her thoughts on life, she finds comfort in the way words can bring people together.
Tagged: Championship VinylColumbusEventsHigh Fidelityjohn cusackJohn Cusack LivePalace TheatreThings To Do