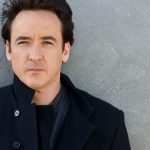 For fans of John Cusack and “High Fidelity”, a visit to Championship Vinyl definitely would make a “top five” list. The hit comedy “High Fidelity” is the story of record shop owner Rob Gordon (John Cusack) on a search for love (and the reasons behind his failed relationships) against a backdrop of over 70 songs spanning multiple decades and genres of music. With – or without – the help of his record store buddies Dick (Todd Luiso) and Barry (Jack Black’s breakout role), Rob revisits past relationships in hopes of figuring out where he has gone wrong. Released in 2000, The New... Read More