Hey Columbus, are you ready for a Barefoot Blue Jean Night? (But really, you should probably wear shoes) 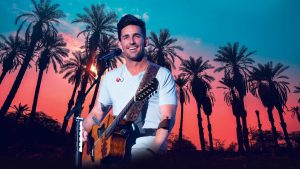 Jake Owen signed to RCA in 2005, and released his debut album, ‘Startin’ With Me’ later that year. His debut single, “Yee Haw,” reached No. 16, but his second single, “Startin’ With Me,” was his real breakthrough, hitting No. 6. The title song of his third album, ‘Barefoot Blue Jean Night,’ gave him his first No. 1, followed by three more No. 1 hits with “Alone With You,” “The One That Got Away” and “Anywhere With You.” 2013’s ‘Days of Gold’ kept his momentum going, scoring another No. 1 with “Beachin’.” The album’s third single, “What We Ain’t Got,” was a turn in a more serious direction for the singer-songwriter.

Tess Abney
Tess Abney is a freelance writer who was born and raised in the Quad Cities. She spends most of her time attempting to successfully raise three boys. In her free time, writing is her passion. Whether it is sharing local events and businesses with readers or sharing her thoughts on life, she finds comfort in the way words can bring people together.
Tagged: ColumbusEventsJake OwenJimmie AllenLife’s Whatcha Make It TourMorgan WallenThe Schottenstein CenterThings To Do