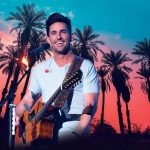 Hey Columbus, are you ready for a Barefoot Blue Jean Night? (But really, you should probably wear shoes) Country-singing heartthrob Jake Owen, with special guests Morgan Wallen and Jimmie Allen, brings his Life’s Whatcha Make It Tour to The Schottenstein Center (555 Borror Dr. Columbus) this Friday Oct 12 at 7 p.m. Jake Owen signed to RCA in 2005, and released his debut album, ‘Startin’ With Me’ later that year. His debut single, “Yee Haw,” reached No. 16, but his second single, “Startin’ With Me,” was his real breakthrough, hitting No. 6. The title... Read More