Sinbad is Heading to Columbus!

One of the most legendary stand-up comedians is heading to Columbus! 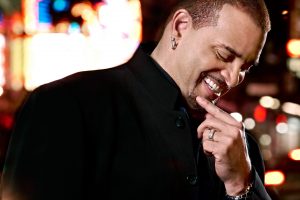 Actor and comedian, Sinbad, has had audiences laughing for over three decades. Throughout his incredibly successful career as a standup comedian, Sinbad has starred in two Comedy Central specials and four HBO comedy specials. As an actor, Sinbad has been featured in leading roles in such films as Jingle All the Way and Good Burger, and on the FX super series, It’s Always Sunny in Philadelphia.

Tess Abney
Tess Abney is a freelance writer who was born and raised in the Quad Cities. She spends most of her time attempting to successfully raise three boys. In her free time, writing is her passion. Whether it is sharing local events and businesses with readers or sharing her thoughts on life, she finds comfort in the way words can bring people together.
Tagged: ColumbusColumbus Funny Bone Comedy ClubSinbadStand-Up Comedy