Sinbad is Heading to Columbus! 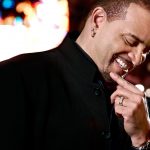 One of the most legendary stand-up comedians is heading to Columbus! Sinbad, ranked by Comedy Central as one of the “100 Greatest Standups of All Time,” will be at Columbus Funny Bone Comedy Club (160 Easton Town Ctr Columbus) this Friday Aug 3 at 7:45 p.m. and 10:15 p.m. and Saturday Aug 4 at 7 p.m. Actor and comedian, Sinbad, has had audiences laughing for over three decades. Throughout his incredibly successful career as a standup comedian, Sinbad has starred in two Comedy Central specials and four HBO comedy specials. As an actor, Sinbad has been featured in leading roles in such films... Read More