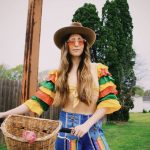 Looking for some live music this weekend? Angela Perley will perform live at Natalie’s (945 King Ave Columbus) this Saturday Jun 20 from 8 – 10 p.m. Angela Perley has been gigging nonstop with her band The Howlin’ Moons since they released their debut album in 2014, laying down an interesting mix of folk, Americana, and ’60s-tinged psychedelic rock that floats seamlessly between Bob Dylan and Procol Harum, sometimes within the same song.”— No Depression All of this led up to Perley’s latest LP, ‘4:30’ (released Aug. 2, 2019), her first solo effort which she co-produced... Read More

10 Fun Things To Do Week of June 14th: MadLab, Markets, Mimosas and MORE! 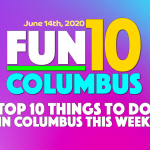 OnColumbus.com proudly presents our newest feature, FUN10, a list of the top 10 things to do in the Columbus this week, and every week! Every Sunday, we’ll drop a new FUN10, to give you a head start on your week and a heads up on what’s going on over the coming seven days. Check out FUN10 every Sunday for the details on ten awesome events happening around town. It’s a cool read, and a great way to get started planning your entertainment for the week. Due to the cancellation of so many regularly scheduled events in Columbus – with more coming in every hour – we’re focusing this week’s... Read More