10 Fun Things To Do Week of May 24th: Motorcycles, Karaoke, Dancing and MORE! 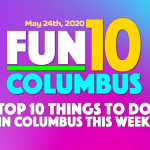 OnColumbus.com proudly presents a brand-new new feature, FUN10, a list of the top 10 things to do in the Columbus this week, and every week! Every Sunday, we’ll drop a new FUN10, to give you a head start on your week and a heads up on what’s going on over the coming seven days. Check out FUN10 every Sunday for the details on ten awesome events happening around town. It’s a cool read, and a great way to get started planning your entertainment for the week. Due to the cancellation of so many regularly scheduled events in Columbus – with more coming in every hour – we’re focusing this... Read More 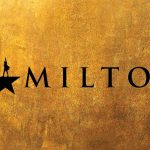 The highly anticipated, successful and revolutionary on-stage production of Hamilton is finally coming to Columbus! Hamilton is heading to Ohio Theatre (39 E State St. Columbus) this Tuesday Jan 29 and will continue through Sunday Feb 17.   Hamilton is the story of America’s Founding Father Alexander Hamilton, an immigrant from the West Indies who became George Washington’s right-hand man during the Revolutionary War and was the new nation’s first Treasury Secretary.  Featuring a score that blends hip-hop, jazz, blues, rap, R&B, and Broadway, HAMILTON is the story of America... Read More 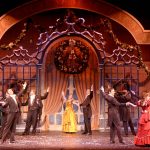 Nothing says holiday-time like heading to the theatre to enjoy a live adaptation of A Christmas Carol. Charles Dickens’ A Christmas Carol hits the stage at the Ohio Theatre (39 E State St. Columbus) this Friday Nov 23 at 7:30 p.m. and Saturday Nov 24 at 2 p.m. and 7:30 p.m. This celebrated Charles Jones adaptation of Charles Dickens’ A Christmas Carol from Nebraska Theatre Caravan is rich with thrilling ensemble music, alive with color and movement and is created to tell this great and enduring tale in a manner that people of all ages will enjoy. Woven throughout this classic tale are beautiful... Read More 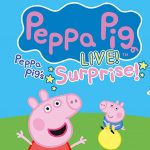