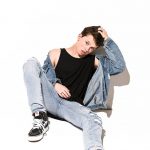 While his fame began with lip-syncing on musical.ly, it turns out social media sensation Jacob Sartorius can really sing! And now you can see him live! Jacob Sartorius will be performing live at Newport Music Hall (1722 N High St. Columbus) this Wednesday Aug 9 at 6:30 p.m.    After rising to fame via social media, Sartorius signed with T3 Music Group and released his debut single “Sweatshirt” on May 3, 2016. The song peaked at No. 90 on the US Billboard Hot 100, No. 81 on the Canadian Hot 100. Sartorius performed the song for the first time in Baltimore on May 7 during the Magcon... Read More