Pumpkins Will Be Smashed at The Schottenstein Center! 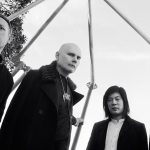 The highly anticipated Shiny and Oh So Bright Tour is in full swing and heading straight for Columbus! The Smashing Pumpkins, along with Metric, are bringing their Oh So Bright Tour to The Schottenstein Center (555 Borror Dr. Columbus) this Saturday Aug 11 at 7 p.m.   GRAMMY® Award-winning, acclaimed alternative rock pioneers The Smashing Pumpkins have announced the Shiny And Oh So Bright Tour, their first tour in nearly 20 years to feature founding members Billy Corgan, Jimmy Chamberlin, and James Iha. Produced by Live Nation, the 36-city tour will kick off in Glendale, AZ on July 12, 2018 and... Read More