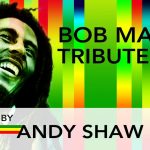 Hey Cleveland, are you ready for the ultimate Bob Marley Tribute experience? Bob Marley Tribute 2019, presented by Andy Shaw Band and Columbus Reggae Alliance, takes place this Saturday Feb 2 at Rumba Café (2507 Summit St. Columbus). Doors open at 8 p.m. and the magic begins at 9 p.m. This will be an epic night featuring the best lineup yet! Check out some of the amazing talent that will be in attendance: Benny Coleman of the The Quasi Kings Benny Coleman is the lead singer of one of the brightest up and coming reggae rock bands in the region the Quasi Kings. The band has been making some big... Read More 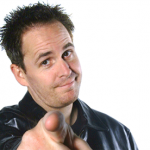 Bob Marley is heading to Columbus! No, not that Bob Marley. The funny one! Comedian Bob Marley takes the stage at the Funny Bone Comedy Club (160 Easton Town Ctr. Columbus) this Friday Jan 11 at 7:45 p.m. and 10:15 p.m., Saturday Jan 12 at 7 p.m. and 9:45 p.m. and Sunday Jan 13 at 7 p.m. Originally from Maine, Bob Marley began performing stand-up comedy in his hometown of Portland. He moved to Boston early in his career, gaining experience in a city known for spawning comedy all-stars. He now has a weekly radio call in segment with several radio stations around the country called “The World According... Read More