Posts Tagged With ‘ The Bluestone ’

Winter Werk Out Music and Art Festival is Almost Here! 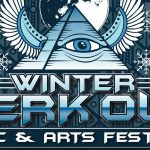 Hey Columbus, are you ready for the ultimate Music Fest this Winter? Winter Werk Out Music and Arts Festival returns to The Bluestone (583 East Broad Street Columbus) this Friday Feb 1 and Saturday Feb 2. Doors open at 6 p.m. each night. This festival brings awareness to musical styles that are the backbone of the vibrant music scene in the Midwest. It serves as showcase in a shared playground between artist and participant and draws people from all across the United States. The festival is the product of the band, The Werks, and Trickle Productions. Here is this year’s lineup as of now: THE... Read More 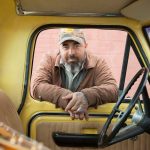 Aaron Lewis, founder of alternative metal band Staind, is on tour and heading straight for Columbus! Two night, back to back, you can see Aaron Lewis with opening artist Travis Marvin live at The Bluestone (583 East Broad Street Columbus). Performances will be on Thursday Aug 23 and Friday Aug 24 with doors opening at 7 p.m. each night. Lewis has been performing solo acoustic shows since he was 17 and still does today. He has written and performed many songs that have never been officially released such as “Angel”, “Something Like Me”, “Bonghits for Breakfast”... Read More

Anything Goes With Randy Houser! 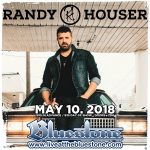 ‘Anything Goes’ this week at Randy Houser’s live performance at the Bluestone! Thursday May 10 country singer and songwriter Randy Houser will be performing at The Bluestone (583 East Broad Street Columbus) at 7 p.m. with opening artist Dee White. Tickets are $30 in advance and $35 on the day of the show, and can be purchased online at https://www.eventbrite.com/e/randy-houser-at-the-bluestone-tickets-43199688431. Country crooner Randy Houser may have started off in the music industry as a songwriter, but now the Mississippi-born musician focuses more on belting out the tunes at arena concerts... Read More